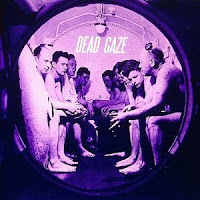 Firetalk, a quite small new label that's got attention thanks to be the one who released one of the most admired singles of the year, Tennis' South Carolina (long sold out but available again for a very limited time), has been since then releasing lots of records as if it tried to catch up with other non-stop labels like Captured Tracks or Transparent. One of their coming singles is Dead Gaze's Take me Home or Die Alone / Emanuel Can't Come Close Enough. If you are familiar with Dead Gaze through his tape on Mirror Universe Tapes or his split single with Gray Things you'd already be familiar with his sound. His voice sounds like if it was recorded on the telephone, always using an effect to make it sound distorted and distant, and the music sometimes sound as if you were listening to something after having taking too many drugs (try listening to Back and Forth, for instance). On this single though, although the same voice effect is used on both tracks, and the drums on the A side sound pretty distorted, he sounds slightly less kaleidoscopic, even more on the B side, an acoustic ballad that even sounds tender.
The single will be out on November 23.
Dead Gaze - Emanuel Cant Come Close Enough.mp3 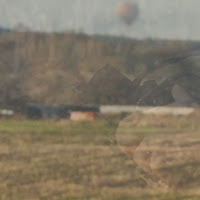 It looks like after some years were everything was a bout the words Crystal and Girls in name bands, now everything is about fashion. From How to Dress Well to Expensive Looks who even named their first physical release according to dressing up standards. This man from NYC has offered us some free to download tracks before, like the single on Beko some time ago, but now he has scheduled his first tape to come out at some point on Mirror Tapes, probably the most cool and famous tape label at the moment with previous releases by Washed Out, Toro y Moi, Active Child or His Clancyness. There's no tracklist announced yet but this song, that has been online for a while, would probably be on it. His previous material has been expansive and ambient tunes, mostly electronic psychedelia both for the bedroom and the dancefloor. This track is his less expansive and more disco-house influenced track to date with a slow start until a beat and a Screamadelica era feeling takes over the song halfway through, although the treatment of the vocals makes it a bit more mysterious that funky. We'll have to hear the rest of the tape to know what direction he is taking and hope for more tracks as good as this.

I talked about Chad Valley back in Summer in a post here before he had any planned release but now he finally has his first EP scheduled for November 16. The untitled EP has not been announced on his website or on Cascine, the label is going to come out on. So no information on number or name of the tracks yet. Anyway, one of the songs that is going to form part of the selection is already up on some blogs online. Ensoniq Funk is Balearic Pop on the key of Junior Boys, Studio, Toro y Moi or Washed Out. Warm sounds for the still to be long and cold winter.

A CLASSIC EDUCATION - HEY THERE STRANGER 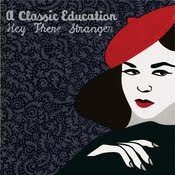 Johnathan from His Clancyness fame band project, A Classic Education, has a new EP out on Lefse Records, home of the critically acclaimed How To Dress Well album. It looks like he's now concentrating his time for a while on this project, that anyway, it's been on for a while as their first EP was out 3 years ago, both on vinyl and download versions, and a 7 out on April last year. This time, the EP contains 6 new songs including Gone To Sea which video has been posted around. The sound is not far from His Clancyness but has a more full classic band approach. You can get the EP here which has a beautifully designed artwork on vinyl and catch them live around in one of the many dates they are playing in New York.

A Classic Education - Gone to Sea.mp3

Braids is a band from Montreal that have been together for a while. They self released a couple of download only EPs and their Myspace informs they've been signed up to Kanine Records (home of Surfer Blood, Eternal Summers and Young Prisms), although not mentioned yet on their website, so wait for a proper release anytime soon. Meanwhile you can hear an old song here called Lemonade that sounds like a mix of anything out for the last 5 years, from Animal Collective to High Places but with a personal twist, and it's been probably the most known track they have so far, being post in many blogs around for the last year.

MIKA VAINIO - IT'S A MUTHANG 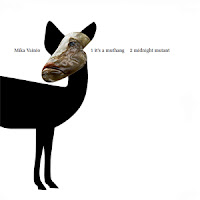 Mika Vainio, also known for being one half of Pan Sonic, has been making music on his own for ages, always quite minimal electronics, sometimes closer to a combination of abstract noises, but always interesting.
His last single on 7' vinyl contains a killer upbeat song, dark as the night but more song based that what you can expect from him. It's a Muthang is a 3.13 song you can actually dance to but don't expect to hear it in any hip club unless you are on Finland (I can actually imagine Finnish people dancing to this on the snow).
Midnight Mutant, on the B side, works in perfect harmony with its reverse; a quieter but not less intriguing tune that sounds like intergalactic jazz.
The record was out two weeks ago on a limited one time pressing 500 edition on Comfortzone that is mostly sold out everywhere but you can still get a copy from here.
Mika Vainio - It's a muthang by comfortzone 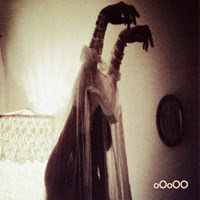 It's approaching the end of 2010 and popular music is been on for ages which mean that most of the good names have been taken. Not only this but the last couple of years have seen an increase of cryptic and hieroglyphic names for bands and projects. From Gooble Gooble and RxRy to Sleep ∞ Over or CFCF, strange names formed by acronyms or signs help to define a sound, usually quite dark and reverberated. Another thing is the increase of impossible names for hard to define new genres. Lately we've heard of Hypnagogic pop, Witch house, Neo Wave or shitgaze as new genres to define the music made by bands like Pocahaunted, Salem or How to Dress Well, music that tries to open new paths of experimentation and it's probably too different to any stuff made before to try to classify it under an old tag.
Anyway, oOoOO's music is interesting enough to turn a blind eye to all this questionable paraphernalia and just focus on the product. And to name two bands I mentioned on this post before, this music sounds like an impossible collaboration between Salem and How to Dress Well, containing the dark beats and synths of the first and the RnB sensibility of the second. Tracks like Burnout Eyess are a perfect example of his sound, dark and accessible at the same time.
The EP is out on vinyl on Tri Angle, home of Balam Acab's first EP. 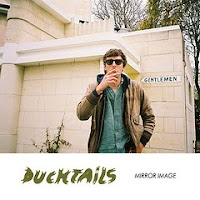 Ducktails (or as his mum knows him, Matthew Mondanile) has recently released many stuff and it's planning a new record any time soon. These last months we've seen coming out to the market a 12" split with Dracula Lewis and these two singles. Mirror Image, on SHDWPLY Records, consists on two instrumental tracks, Apple Walk and Mirror Image Index, that carry out expansive tropical psyche-symphonies that gave him a name on their first album. 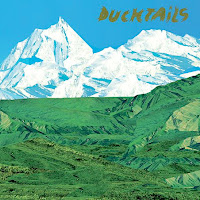 On the other hand, Hamilton Road (out on Olde English Spelling Bee) has two more standard songs, this time with vocals, and closer to the stuff he's put out before with his other band Real Estate (in fact these songs were played by his main band on their last tour). Those song will form part of his forthcoming record Ducktails III in re-recorded versions if what I've read on line is true, but meanwhile you can enjoy them on 45 rpm. 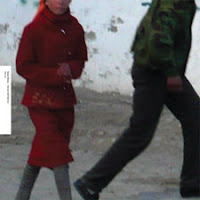 This EP was released in Summer but never had time to review it so i though I should recommend it to you before it sells out. Amen Dunes is Damon McMahon and the EP, out on Sacred Bones, was recorded on its entirely on China while he lived there on a period of two years before moving back to Brooklyn. All the songs here except the title track and Diane are one take improvisations, that's why some lyrics are nothing else than sounds after sounds without having any meaning in any language. Although improvisations, some of these songs have a structure and a close folk element as his previous songs have but its the main track, Murder Dull Mind, the one that catches the attention faster as it has valuable melodic structure you'll love if you enjoyed Kurt Vile's last EP. Anyway, the whole EP is very recommendable.