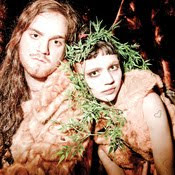 On these days when everything seems to be done, invented and everything that appears in our lives seems an upgrade or a v0.2 of something done before is not strange that the mix-match of genres you could never think working together was an option, they suddenly appear to melt in a more than convincing way. Both Grimes and D'Eon explore and flirt with genres commonly attached to the mainstream, things like 80s RnB or proto-house but never seeing them as fixed unmovable styles and stranging them as brecht used to strange his characters (distorting the initial image in order to get a different product that may work both as a tribute and a parody of the imitated thing). While Grimes approach the dance and electronic elements icing them with a voice that sounds mysterious and helium treated, dark and warm and too high pitch for general taste, D'Eon sounds more soulful and when they doesn't hide the songs behind a cascade of uncontroled beats or interference noises they are able to create songs (transparency) that could have surfaced the mainstream 25 years ago.
Although the results of this long split EP is different and both sides are defined by a certain sound, the approach of both bands is a similar construction / decunstruction that works very well together and brings them closer than they have ever been before. It's obvious to see that, although the EP was performed individually it was concived together.
Out now on Hippos In Tanks

HOLY OTHER - WITH U 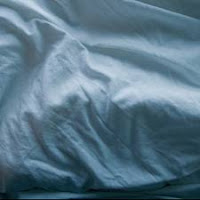 Sometimes, the combination of a concrete kind of sounds can, surprisingly, result into something you didn't expect. Holy O

ther sounds warmer than what you could think, not only because of its name or the record covers, but also because mixing dark ambient, cold beats and haunted voices should always result into something dark and spooky but Holy Other is more the light at the end of the tunnel.
Don't misunderstand me: the record mixes strangeness and sadness, darkness and obscurity but also a seductive and sensual warmness which makes the whole think very enjoyable in any situation. Although it's mainly electronic and it has beats all around is more floaty and enjoyable in the intimacy of a room than expected to be danced or listened to in bigger spaces. It's music to move slowly to, music to listen with all your body rather than with just one sense. It's inspiring and it definitely doesn't come from a dark place but from its exit. And, of course, it's out on Tri Angle Records 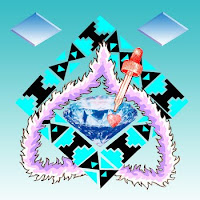 I introduced you to Boy Friend some months ago, just after some weeks of formation when they released a digital download only 4 track EP you can still get in here. From the ashes of the former Sleep Over as a trio (now is just one of the original members with some outside help) Christa and Sarah left to form Boy Friend a similar sounding project that, although it's just months in the working, they already released their first physical single this week, the haunting and delicate Lovedro

pper on Hell, Yes!, accompanied on the B side by a re-working of the first EP song D'Arrest. For the A side of the single they've prepared a day-glo video that is meant to be seen vertical. I mean, instead of the normal horizontal landscape view, Boy Friend asked Amanda Joy to make a video and they decided vertical was the way to go, taking into consideration the video would only be seen on-line, where anything is possible as TV screens are no longer the place to watch music videos anymore and the web is a more free way of exploring new possibilities and formats for what is already a quite old form of art. 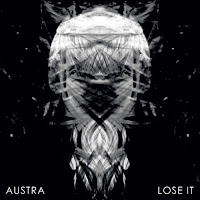 And as I mentioned Austra on my previous post and they're putting a new single out next week, I think it's fair to refer to it as well. Katie's newest project is getting more popular after the media attention her previous single, Beat and the Pulse, got on-line and the fact she's releasing through Domino could have helped as well. But she kept the most dance-oriented and killer track from the album to be the second single, the one coming immediately (one week) before the long debut release. If this song doesn't get played all around we'll just get another proof the world is unfair, as it's destined for mass transmission.
The video, a massive work of surrealism and symbolism, mixes playing cards, fights and fake tan in a way Katie uses to (check her other videos). It probably won't be shown much on MTV but, anyway, MTV doesn't play videos anymore.

TERROR BIRD - OUTSIDE / WHEN I WOKE UP 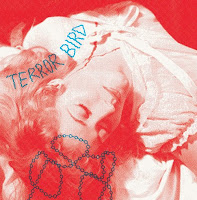 Well, that's the second try I do resuscitating the blog after a very busy period of time, holidays and other stuff that, taking into account this is a one person job and I have to do it during my every time less and less free time, I cannot promise it's going to be more regular from now on or, if I find impossible to carry it on, it may disappear between all the blogs that passed away during our modern and disposable times.
Terror Bird was a Vancouver trio according to their last Fm profile but, when I saw them live a couple or so months ago they were already a duo and that's what they've been when releasing their first proper LP Human Culture, out two months ago on vinyl only thanks to Night People. And is through another Night label, this time Night School which I happened to mention on my last post two months ago thanks to the fact they were the people putting out the Golden Grrrls single, that they release their latest single Outside / When I Woke Up. These two songs are on the key of what we've heard before, dark synth based pop with beautiful and haunting vocals that may remind you another Canadian band, Austra, and hope it makes you go to listen to their album if you haven't yet.
TERROR BIRD - WHEN I WOKE UP