MUSEUM OF BELLAS ARTES - WATCH THE GLOW / WHO DO YOU LOVE 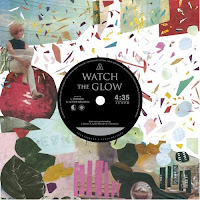 The B side of this single, or the AA side, it's already been online for a year without ever been released in any physical format. It had to be Transparent then who decided releasing this song that got much attention for this band when Force Majeure put up this song available for download although, as it took a year to do it so, the song ended up letting have Watch the Glow, their new song, a main role. For those who didn't hear the song at the time, it's a tropical balearic Sweddish dance pop cover of The Sapphires, and it's been the only song available for listening at their Myspace for ages until this new single was announced. Now, we can also enjoy Watch the Glow, their first original song that proves that they cannot only perform but also compose as it's as catchy or even more as their previous attempt.
We can see them live in a couple of months in London at White Heat.