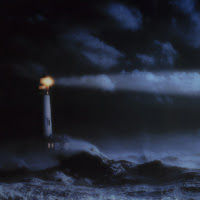 John Maus, who you might know for his own work or his collaborations with Ariel Pink or Panda Bear at some point, is finally dropping out some new material after a silence period. Next Summer will see the release of his new album We Must Become The Pitiless Censors Of Ourselves on always interesting Upset the Rhythm (in the UK) but we can already enjoy the lead single Quantum Leap which has been offered as a free download in some blogs but will sadly probably not see a physical release. The bass and synth based song is loyal to his sound but is probably his most catchy tune yet. The rhythm is contagious and would probably be a favorite tune for fans of Gary War (whose sound is pretty close but his vocals more conventional) or Blank Dogs.
John Maus - Quantum Leap