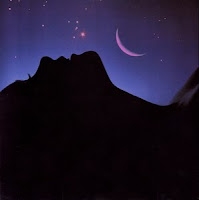 A couple of months ago, with the release of Boy Friend's first EP containing two members out of the three from Sleep ∞ Over, we thought that meant the end of the band. We just were slightly sad as there were not many differences in sound between the original project and it's son and, actually, the four songs in that E.P were amongst its best. This week though, our suspects were dis-confirmed as a new release from the now one girl band, the remaining original founding member Stefanie Franciotti, has been announced for next month Hippos in Tanks followed by the release of a whole album on the same label in Summer with the help from Christine Aprile among others. Meanwhile we can enjoy the A side of the single, Casual Diamond, that will have a remix of the same track by Laurel Halo as the B side. The funny thing of the whole story is that, while Boy Friend, the two thirds that left the band, followed from close the same sound of the band they quited, the remaining member has slightly mutated Sleep ∞ Over into something that, although as mysterious as before, is less atmospheric and full of light.
Sometimes, if the results of a split can divide talents into two having then double good results, we welcome the splits with joy.