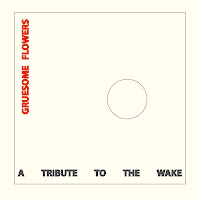 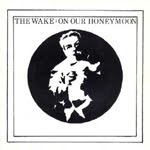 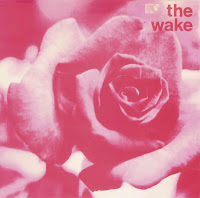 And yes we are already reviewing the first of the coming releases prepared for Record Store Day 2011, and even that it's become one of the most important days of the year (music related speaking) in just three editions (this year's, on April 16th, will be the forth). And the first release I'll talk about is actually a reissue of one of the most stupidly forgotten and overlooked bands that really should need more recognition. The Scottish band The Wake who started by the edge of post-punk meets new pop could be put under the same entourage as The Associates, Orange Juice or Josef K and other Postcard bands (or later The Pastels) because of sharing, not only a Geographic but also a sound in common (if we obvious the highly Joy Division influenced first Factory LP), but also commonly compared to New Order through their mid 80s records. And Captured Tracks are proud to announced they will re-release their first single (and only pre-Factory release) and their last 80's single (and also their first post-Factory record, which was actually released on the also mythical Sarah Records label and helped to design and define what would be the very recognizable sound of the label.
But that's not the only good news coming from Captured Tracks regarding their Record Store Day releases. To celebrate these two records, they'll also put out a single with two of their most emblematic bands, Wild Nothing and Beach Fossils, covering two tracks from The Wake, called Gruesome Flowers (as they will cover Plastic Flowers and Gruesome Castle, both from the 1987 Something That No One Else Could Bring EP).
I can't be more excited about these news.

THE WAKE - CRUSH THE FLOWERS