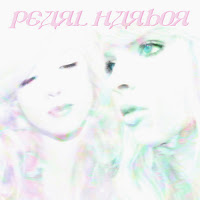 If you want to be cool in this life you always have to have a limited-only-Japanese record. it's been like this since long ago and new bands know it so they keep on doing it. The record label Big Love from Tokyo has been the place many new artists have chosen to make us spend lots of money in order to get these very limited and hard to find items via import in specialised record shops or ordering directly from the label which means you'll spend more in post than what the record actually costs. At least, the people at Big Love, after realising we the western world are not very keen on learning their language, have finally made a English friendly ordering page for us to understand and order them without having to guess every single step and failing on every attempt (yes it happened to me). They've previously put out very interesting records from The Big Pink, Salem, Ariel Pink's Haunted Graffiti, Cold Cave or Nite Jewel and are about to release new stuff from Veronica Falls, Your Twenties, The XX and this single I'm posting about, the second vinyl release, and first 7", of Pearl Harbour. Both tracks were previously available on the CDR Wish We Were Here that, as far as I know, is only available at their shows, but it will be the first time these songs appear on vinyl. Both tracks are quite similar to the stuff they previously released on their Mexican Summer EP, dreamy post punk pop with chorus guitar and a drum kit for people who misses when (pseudo)popular music used to be sad and melancholic. Keep on checking the website to know the release date as it's limited to 300.