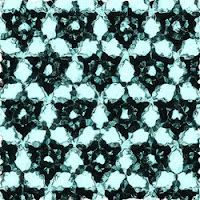 Joseph Deney, aka Spine Spirit, is another youngster who has been producing his homemade music thanks to the nowadays massively used GarageBand program. He's already released a self-titled album only available locally (Indiana) and on I-tunes and a free download EP called Surfhunter that you can find here. After the release of his new LP, Jungle Bridges, that just appeared last month, he's releasing in a couple of weeks a single on Make Mine that contains the new song Crashers (Highs & Lows), No Psychic and a new version of Slept Away, previously available on his last album. He bases his music around samples, warm sounds, atmospheric voices, chants, synths and repetition. Yes, if all this reminds you of Panda Bear's Person Pitch before listening to it you will not have a change of mind after hearing it as his sound owes much to that album, although the structure and the duration of the songs are closer to a more conventional pop structure and he sometimes uses beats that take the songs to a almost dancey tecno-pop territory like on No Psychic. Out next Monday 13th.